New York: the city that never sleeps and where everyone is constantly on the move to pursue the American Dream. Yellow cabs, fast food, and the music of Frank Sinatra is what best describes this lively city. For those who might get overwhelmed by all of this, there is always Central Park. An oasis of peace and quiet in the middle of Manhattan, where you can take a stroll while surrounded by trees and spot a few squirrels and raccoons. Is Central Park the only place in New York where you can find some peace and quiet? No, of course not! There are many more options. A very modern and gorgeous park is the High Line Park. This park is situated roughly 32 feet above the ground in the suburbs of Chelsea and continues on for at least 7545 feet, straight through a few skyscrapers. The interesting bit about High Line Park is that this park is built on top of an unused railroad track. For all those who love anything related to trains, this is, of course, a must-see.

The railroad track West Side Line was built in 1860 along 10th Avenue. These tracks were mainly used for freight traffic to import and export goods to factories and warehouses in Manhattan. Initially, these tracks ran over the road, but by the end of the roaring ‘20’s, these tracks became far too busy and dangerous due to the combination with road traffic. It’s no surprise that these tracks were dubbed ‘Death Avenue’. A so-called West Side cowboy would gallop alongside the train with a red flag to warn other traffic. It was then decided to build these tracks above the ground. In 1934, at 29 feet in the air, the High Line was in use. These tracks passed at least 22 blocks. In some areas, the train would go straight through the warehouses, creating a station in order to deliver the goods. Unfortunately, in a span of 30 years, the freight traffic decreased dramatically along these tracks. A final trip was announced right before Thanksgiving to deliver, you guessed it, a few pounds of turkeys.

These tracks were soon left in decay and many believed it would be demolished in time. However, local residents came to the rescue and saved the construction by finding a new destination for it. In close collaboration with a few architect agencies and Dutch garden architect Piet Oudolf, the High Line Park officially opened in June, 2009. The best part about High Line Park is that you can still see some old rusted railroad tracks through all the green. 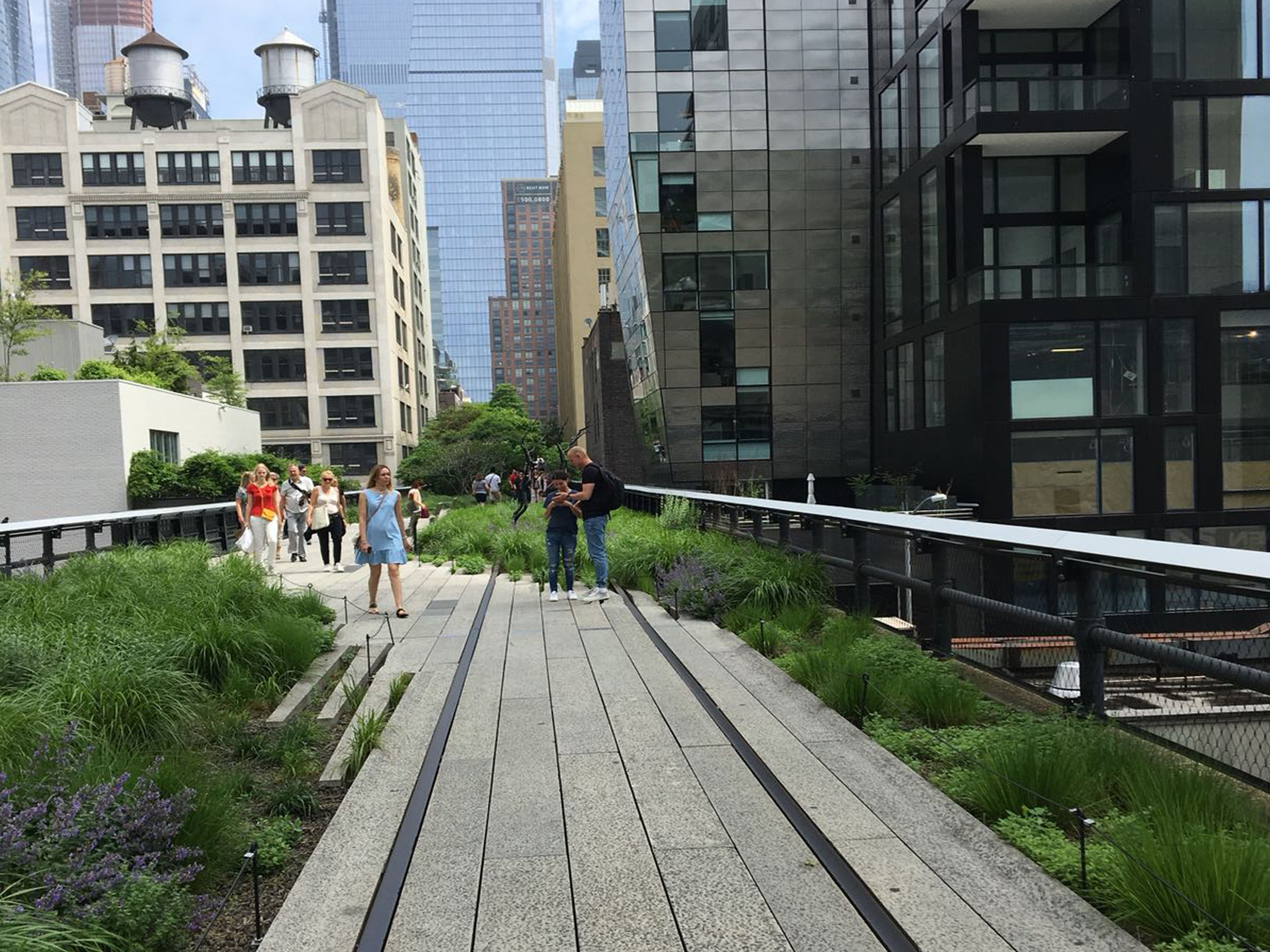 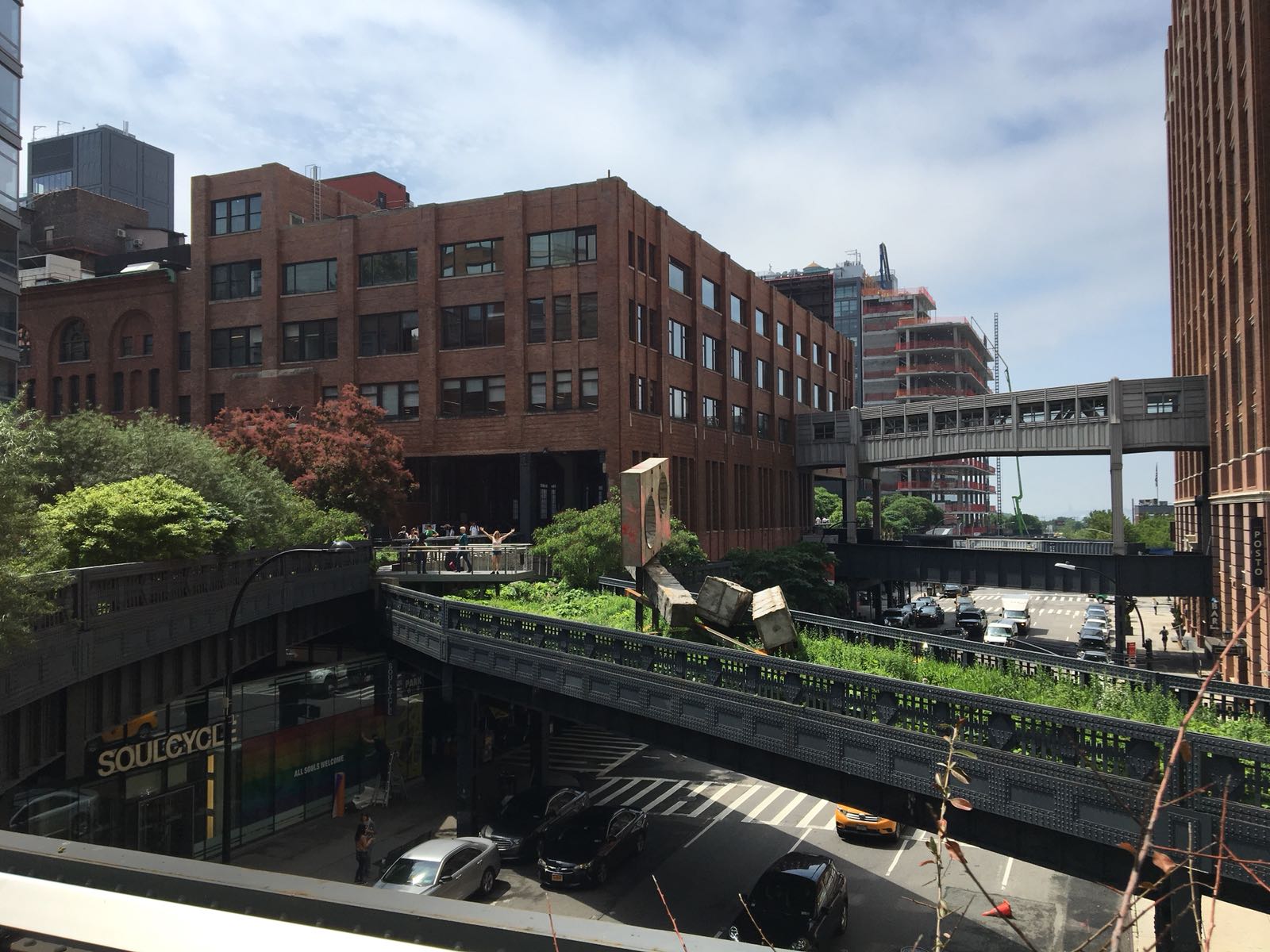 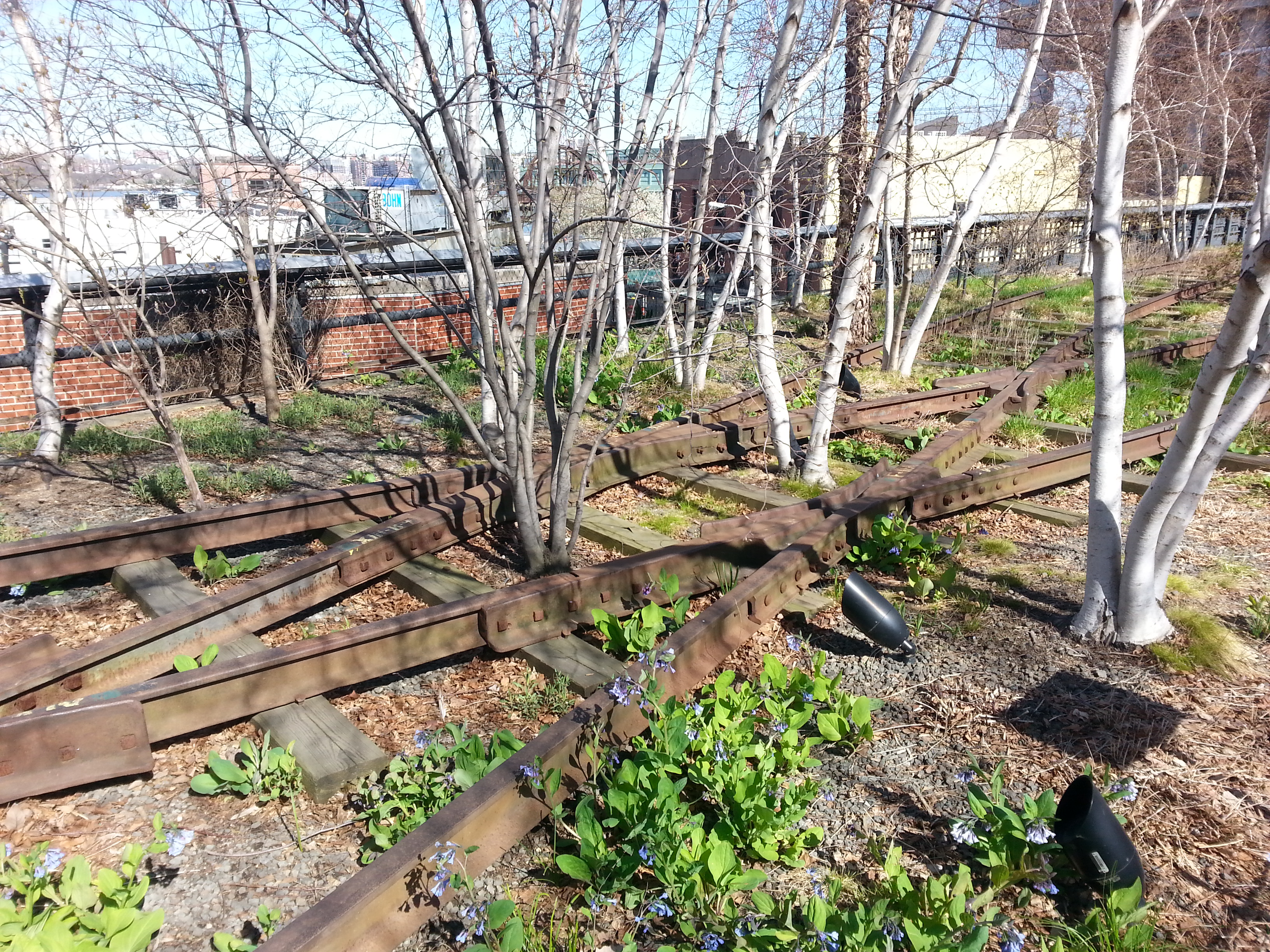 These rails give a glimpse of the historical railroad usage in New York. This in combination with the beautiful garden and the typical New York buildings surrounding it, give it a creative contrast and an oasis of peace in a city that never sleeps. So if you plan a city trip in New York and you are also a fan of anything related to trains, you must definitely put High Line Park on your to-do list!

Do you happen to know any other railway related must-sees that you discovered during a vacation or a city trip? Let us know! The railroad is, after all, meant to connect the world.

5 sunny railway routes you have to see!